Happy Hump Day, Heartie People! How’s your week going so far? You hanging in there? Who’s still in school? First of all, thank you to all of you who responded and contributed to my tweets and posts about topics you want to see discussed! I’ve got ideas for weeks now, and it’s always so helpful knowing what the audience wants to read, instead of just blah blah blahing my way through a post that nobody’s interested in. So here we go! First audience-picked theme of #WonderWednesday is on the move! Please keep your hands and head inside the stagecoach at all times.

I guess, to quote one of my favorite musicals, “Let’s start at the very beginning, a very good place to start.” The inception of my Heartie fandom IS in the Hooked Heartie FAQ’s, at least in part, but it’s more fun to tell it here! I found When Calls the Heart when I was pregnant with child #3, my 1st boy. Oh, the insomnia was BAD. I spent many nights with Netflix on, just trying to find something boring to put on the TV to help me fall asleep. When that failed…AGAIN, and I finished another show, I saw WCTH on the suggestions. I had seen promotions for Season 3 on Hallmarks, but I’d told my husband I didn’t want to sink myself into another show, and I didn’t want to start a show in the middle; that never bodes well. So when I saw it on Netflix, and the sandman was NOT visiting me, I decided, “Why not?” So I tried an episode, and that led to another, and another, and I couldn’t stop! I was enthralled, or rather, “hooked”. For the first time in my life, I binged a series so I could get caught up. And I’ve been a fan ever since.

That’s how it started. Now, what does it MEAN to me? So much! There have been so many wonderful effects that I have gleaned from watching this show! One of them is what you’re reading right now. The blog was actually my husband’s idea. I had never even FOLLOWED a blog before, and he wanted me to RUN one. I thought he was crazy! But he reminded me that rule #1 of owning a blog is to be passionate about the subject. Well, I had that covered! 😉 Then, having a blog led me to interviews with the stars, (like Madison Smith, Laura Bertram, and Milo Shandel to name a few,) it’s how I met Paul Greene(!), and it’s how I got involved with the Hallmarkies Podcast. And there have been doors opened by the hundreds for me by getting in with that crowd; only one being that I’ve gotten to know the wonderful ladies there, and several of us have become quite close. Oh, and as a little aside to this one, I opened a Twitter account because of the show. I’ll just leave that there. 😀 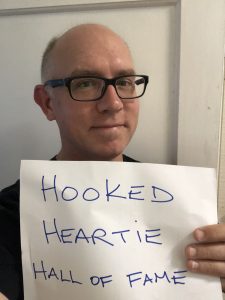 Getting a little bit more personal, I’ve made so many new friends through the show. There is someone in particular I never would have met. Her name is Sarah, Sarah Nitsch. You know her, we write stories together that I’ve posted here…among other things. Behind the scenes, she’s one of the best friends I’ve got! She was the first person I told I was pregnant with child #4, even before I confirmed it to my husband, (don’t worry, he pretty much already knew.) Behind every brilliant post here, you can find her influence or one of her ideas somewhere down the line We support each other through walks of life, we send each other Christmas and birthday presents, we laugh together, we cry together, and oh yeah, we’re WRITING A NOVEL TOGETHER. We started out by writing WCTH fan fiction stories, and now we’re involved in several projects that we have every intention of seeing through to the end.

Which brings me to my next point. This show has inspired my creativity, really gotten my creative juices flowing. Because of this show, I started writing, and I started taking more chances, and started being bolder, and started believing in myself. Never in my LIFE would I have thought I would become an author! I remember the first time I posted something I had written on the Hearties Facebook page, and got a HUGE response. I wasn’t even really trying. I was so shocked, so I decided to really try, and see what happened. My mind came alive; I hadn’t felt that inspired in a long time. But I was nervous to show my husband. He doesn’t like the show, so I thought he’d just laugh if he read my work. When I finally let him have a look, I cringed and braced for impact. He read through it, put it down, and said, “I think you should write a novel.” He went out and bought me several spiral notebooks, and encouraged me to keep on writing.

Finally, this is just my kind of show! From the very first episode, I felt a connection to the characters, and I loved the feeling each episode left me with. My dear friend, Amy, (one of MANY friends I introduced the show to,) explained it so eloquently: “Every time I finish an episode, I just feel *content sigh*.” But it’s true. It’s heartfelt and compelling; there’s just enough suspense to keep you going, but none of the language, or sexual and violent smut that’s so rampant out there. And it’s SO ROMANTIC! As a hopeless romantic myself, I was such a sucker for the entire Jack and Elizabeth. I lapped it up, and literally, (yes, literally) screamed when he finally proposed. I was so invested that my friends knew to throw me a WCTH baby shower, and I even named my child after him, (partially, because it’s his only his nickname,) Sarah sent me a WCTH maternity shirt, and a knitted Mountie costume for him. I was pretty devastated when Jack died; sometimes I cried like I had lost a family member. But I’ve remembered that it is only a TV show, and life does go on. I have been very pleased with the way the show has thrived despite its losses. 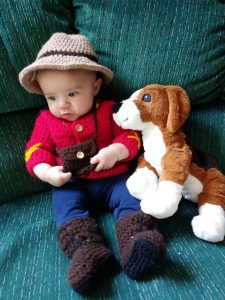 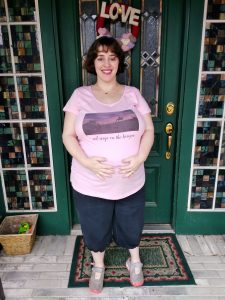 In short, When Calls the Heart means a WHOLE LOT to me. It’s a wonderful show that I love to watch, it has inspired me to do so many things, and I have met some wonderful people. It gives me something to look forward to, something to talk about with friends, and even a way to start up conversations, and make new friends. So now it’s your turn. The comments don’t work her on the blog, but comment wherever you saw this posted. What does WCTH mean to YOU! And thanks, Jess, for the contribution. This is Hooked Heartie, signing off. May your heart let your hope blossom!