Happy Hump Day, Hearties! How is the week going? We’re going to do something different for #WonderWednesday today; you’ll find out why in a little bit. But I thought it would be fun to do three different topics in one post; three subjects to show my love for the show.

So number 1: It occurred to me that I never did share the pictures from my Season 6 premiere Heartie Party. Oh man we had a blast! Not many were able to make it, but those that did indeed #PartyLikeAHeartie. My three older children got in on the fun, and made the heart art you see. I made the same cake I saw Erin Krakow make with Debbie Matenopoulos on Home & Family for the Season 4 finale. I still have the recording saved on my TV! But the MOST exciting part was on of the ladies, Kimberly, was a brand new Heartie, whom I had introduced to the show, and she was able to watch with us because she had JUST gotten caught up. FUN times! 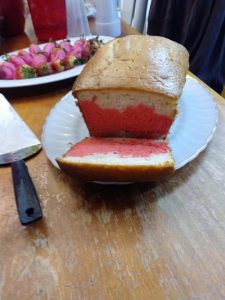 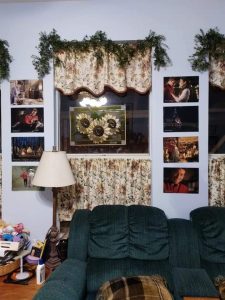 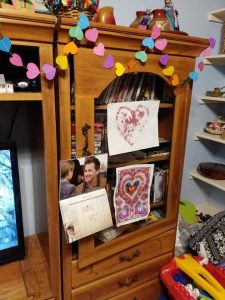 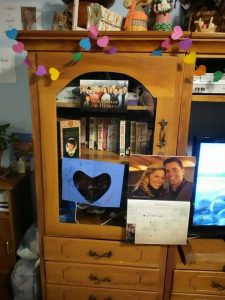 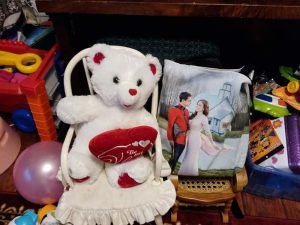 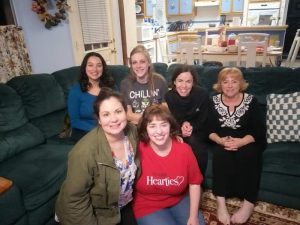 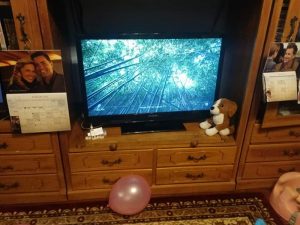 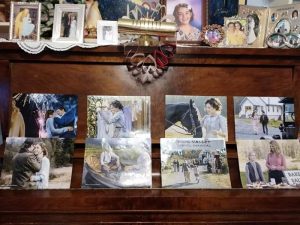 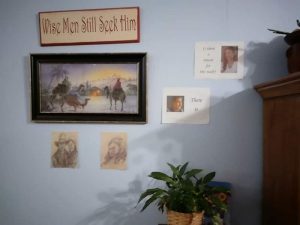 Number 2: I pulled off the BEST “When Calls the Heart” April Fool’s joke EVER!!! (At least because I’ve never seen one done before. 😀 ) I posted this on a few WCTH Facebook pages, but I consider it very blog-worthy material…and here, you get the WHOLE story. If you’re a Hooked Heartie follower, you know I have a sweet husband; but he CAN’T stand our beloved program. He enjoys watching Kavan Smith play Lee; he views him as very talented. (We all could have told you that!) That being said, he is very sweet to indulge me. It was his idea for me to start this blog, he fully supports my writing a novel, and he’s good with me watching the show because it makes me happy. So when I told him it had been canceled, he TOTALLY fell for it!

It was an epic performance! When he got home, I put Vaseline under my eyes, put some drops of water in them, and worked up some fake sniffles. I even started washing a dish by hand so the steam would make my face red. When he came in and heard my sniffling, he started to rub my back, and asked what’s wrong. Then I started “crying” and “sobbing”, even putting my forehead on the faucet. I was particularly proud of myself because even though I majored in theater, crying real tears was always the hardest part for me. But I was totally killing it! He turned off the water, and turned me toward him to hug me. After crying into his shoulder for a good 2 minutes for effect, I told him Brian Bird had tweeted that the show was canceled; that he’d said they’d done everything they could, but no matter how hard they tried, they couldn’t make it work. I said, “They canceled it, after they promised they wouldn’t!” He fell for it hook, line, and sinker! He started hugging me even tighter. Then I kept going: “What am I going to do? My whole blog is gone now, and I got you SO GOOD!” I laughed so hard! I can NEVER fool him, never! So like Riley in “National Treasure”, I said, “Let me just take in this moment.” A moment that will live on in history!

Number 3: Today is a VERY special day! Today my beautiful Lydia, who is famous for asking for the WCTH episode that is “the one with the flood”, turned FIVE today! And even more unbelievable is her little brother, Jonathan, who is affectionately nicknamed Jack, (yes, after our wonderful Mountie. Just don’t tell my Uncle Jack!) turned ONE! I’m officially out of the baby stage, and that is so surreal! But I sure do love my sweet little Hearties! 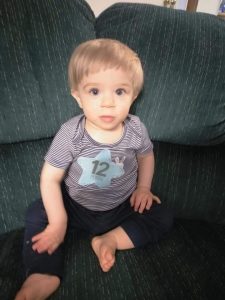 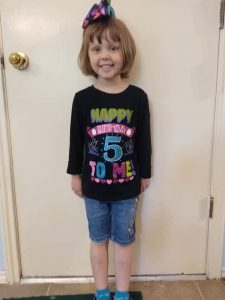 Hope you all had an amazing day, and have a great night. Be sure to come back on Friday for…that’s right! Part Two of our #FanFictionFriday story “A Secret Too Well Kept”. This is Hooked Heartie, signing off! May your heart let your hope blossom!

Photo credits: Heartie Party decorations include Crown Media photographs from the 2017-2018 calendar. All pictures taken by me. 🙂