IIIIIIIIIt’s Monday, everyone! Hope you had a relaxing and enjoyable weekend watching Hallmark movies and spotting random WCTH guest stars in said movies. 😀

And now, welcome to the #MeetYouMonday segment of our new and unorthodox birthday week for the beautiful Pascale Hutton! So we can get to know her a little better, I’ve pieced together information from several sights: IMDB.com, Heightline.com, Twitter, Facebook, Hope Valley Highlights from WCTH bonus features, and interviews with both Kurt Manwaring and Ruth Hill. 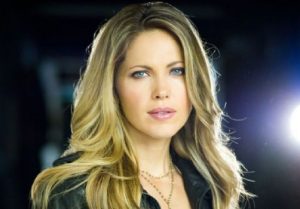 Pascale was born to two teachers, (her mother being a drama teacher,) on June 14, 1979 in Creston, British Columbia, Canada. Even with her mother’s line of work, acting wasn’t what she wanted to pursue. But she did study theater at the University of Alberta, thinking she’d go that direction. But fate, it would seem, led her to the screen anyway. The first role she got was in a TV movie called Hollywood Wives: The New Generation, starring Farrah Fawcett and Melissa Gilbert. Not a bad way to start! That led to guest roles on several TV shows like Stargate: Atlantis and Smallville, and even a small role in the 2005 film Fantastic Four. My favorite is that she scored a role in the Psych series premiere!

Even before all this happened, Pascale found a different kind of happiness. She married the love of her life, Mr. Danny Dorosh, in 2002. The two even both appeared on the science fiction series The 4400. They decided to settle in Vancouver, and now have two adorable little boys, (from what I can see in pictures on Twitter.) One of their birthdays was May 14, 2015, which means she was pregnant during filming of Season 2. 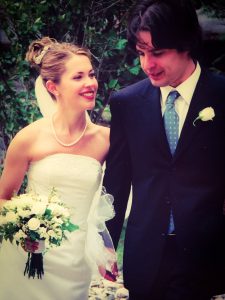 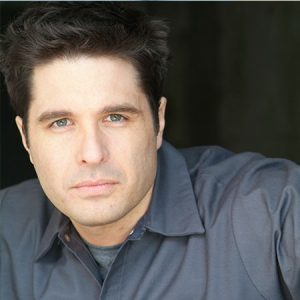 Funny story about that; Kavan told it at the most recent HFR (Hearties Family Reunion). I saw a video, but can’t remember who posted it. Remember the vintage motorcycle Lee very smoothly rode into town? He described it as a “bicycle with an engine the size of a sewing basket”. But even with a prop as weak as that, the crew was going to take no chances with the wellbeing of a pregnant woman, and the motorcycle was pulled out of frame by a measly little rope. 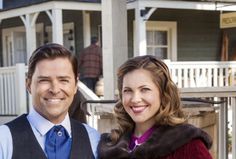 Speaking of Rosemary and Lee, did I get some fun tidbits! First of all, there was no chemistry reads or trials. Many times, when a screen or stage couple is in the making, there is a test to see if two look and feel compatible, usually acting out a scene from the script. But no such procedure happened in this case, and Pascale calls their compatibility a “serendipitous pairing”. She even went as far as to say that she has “better chemistry with Kavan as an actor than anyone else I’ve ever worked with, on camera and off camera”. They have the same sense of humor, and both she and Kavan “find our own personal selves highly amusing”. Their families even have barbecues and get togethers quite often. Can you imagine the laughter the neighbors overhear during such occasions? And to make matters even better, Ruth Hill has received confirmation from both Kavan and Pascale that they have a new Hallmark project in the works, just starting the beginning stages. EXCITING!

If you’ve been following me for a while, you know one of my favorite questions is “What is your favorite episode/season/moment?” I’m really into favorites! Well, I was able to find out what Pascale’s favorite Rosemary moment was…in Season 6, at least. I definitely have to agree. When I watched this scene, I laughed my head off! The things Rosemary will say to try to get away with things! Here are Pascale’s own words about that favorite moment from Twitter:

Trying to convince Lee that phone ringing was actually ringing in his ears! I had a hay day teasing @KavanjSmith about his age during that scene! #Hearties #WCTH #oldmansmith

Even though these next moments aren’t necessarily her favorite, they are definitely worth mentioning. Like any committed actress, Pascale likes to perform her own stunts. She has, however, developed a bit of a reputation for said stunts taking an endless amount of takes. By her own admission, both the bouquet toss in Season 3, and catching the runaway balloon in Season 6 took FOREVER to capture the moment correctly. Now it’s Erin and Kavan’s turn to tease, and they take full advantage! They love giving her a hard time about how long these things take her. Good thing she can take a joke as well as she can dish one out!

It really is amazing how far Rosemary has come, and how much we love her now. I admit to being very different from Ruth Hill: she claims she loved Rosemary from the very beginning. I was the one who said, “Who does that woman think she is?! Get her out of here!” And to my surprise and glee, I found out a little secret Pascale let “slip”. Here’s what she said: “This was supposed to be just a two episode arc. I think we all quickly realized a character, like Rosemary, that got the (#Hearties) so fired up needed to stick around.” And aren’t we glad she did! Otherwise we wouldn’t have Baby Jack’s “favorite auntie”.

Have a lovely evening #Hearties. See you Wednesday for the final post of Pascale Hutton’s birthday spotlight week. This is Hooked Heartie, signing off! May your heart let your hope blossom!