Hi there, everyone! Welcome to a new week here at #HookedHeartie. Christmas in July may be over, but we’ve got other events to celebrate; namely, birthdays. While we were distracted by colorful twinkle lights in the burning hot sun, 😉 some cast birthdays have come up. And we’re not in the habit of ignoring birthdays, are we? 😀 On July 9th, a very special lady had the anniversary of her life beginning. That lady is none other than Loretta Walsh, our lovely and FEISTY Florence Blakely. And it’s about time she got her own spotlight week!

Unfortunately, there isn’t much information about the talented Ms. Walsh out there; in fact, there’s even less than I’ve found on others in the past. But with it, and thanks to a few friends, (thank you, Nicole and Edify Films!), I’ve been able to scrape together a short, but fun post telling us a little about dear Flo.

By now, most of us know that Daniel Lissing isn’t the only Australian who’s been on the show who can flawlessly hide their accent. Loretta was also born an Aussie. She lives in Vancouver now. She is quite the princess of the theatre! She has a great love for it, (a woman after my own heart!), so she shares that love by teaching at Haven Studio in Vancouver. She also performs on the stage quite a bit, I understand. And in all the spare time she apparently has, 😀 she also “acts” as Artistic Producer of a theatre company called Kindred Entertainment. I can’t help but wonder if that was inspired by “kindred spirits” in “Anne of Green Gables”.

Edify Films has done a couple of interviews with Loretta, maybe you’ve seen them online or in your DVD bonus features. I bring it up because when they asked what one of her most thrilling moments is, she answered going to New York every year, and seeing productions. Once again, girl after my own heart! I’ve only ever been to New York City once in my life. It was my senior year of high school, and I was on a choir trip. There was NOTHING like watching the stage come alive with the start of “The Lion King”! Holy moly! 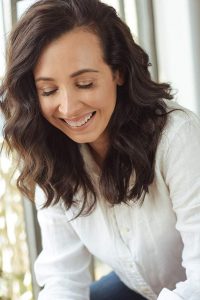 But let’s get back to Loretta’s most thrilling moments. She had two others that she mentioned: 1) “jumping out of a plane”. Yes, the woman we watched describe Lucas Bouchard’s music as “quite provocative” has been skydiving. She described it as “terrifying and thrilling all at the same time”. I don’t know about you, but she’s a braver person than I, because I would never have the nerve!

And the final “personally” exhilarating moment she described was holding her daughter for the first time. Anyone who’s been a first-time mother can appreciate that sentiment.

I’m afraid that’s where my knowledge of her family ends. But I have lots of fun facts you might enjoy. There are those she thinks of like family. I know she’s very close friends with Laura Bertram (Mary Dunbar), Jill Morrison (Carla Noonan), and we all know she’s thick as thieves with Johannah Newmarch (Molly Sullivan). I fact, she herself coined the phrase “Marvelous Molly”. Isn’t she sweet?!

Last year for her birthday, I was able to, (with help from my friend, Sarah, because Twitter was NOT my strength,) get in touch with her to ask what her favorite Florence moment was. So, as of last year, Loretta’s favorite Flo scene is when Laura returns Florence’s old coat to her, along with that sweet old love letter from her late husband, Paul.

Here’s our last little tidbit of the evening. And I had NO clue about this, so boy, was I happy when I was told! Loretta will be appearing in a movie later this year called “Over the Moon With Love” that stars Wes Brown and Jessica Lowndes. Isn’t that exciting?! Besides “When Calls the Heart” we don’t get the opportunity to see her onscreen very often; probably because of all the time she devotes to the stage. So I, for one, am very anxious to see it.

Well, good night, all. I’ll see you for the #WonderWednesday installment of Loretta’s birthday spotlight week! This is Hooked Heartie, signing off! May your heart let your hope blossom! 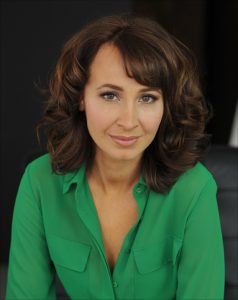