Hello, my friends! Here we are again at Flashback Friday. I sincerely hope this finds you all well; it’s been a trying couple of weeks. There’s so much turbulence out in the world right now, and some of you haven’t even finished up the school year yet. I imagine you may be feeling very overwhelmed. So, take this time to sit down, lay your head back, close your eyes, take a breath, and escape on another trip to Hope Valley. Take a break from all the tension, and continue on this journey with me where we explore another aspect of the relationship that is the friendship of Elizabeth and Rosemary. This second stage is the one I find the most humorous. They’re not enemies, and they’re not one another’s competition. Elizabeth isn’t calling Rosemary names like a destructive comet anymore, and Rosemary isn’t sabotaging Elizabeth’s romance with Jack anymore. But they’re not quit confidantes yet. There’s still a certain amount of…dealing going on between these women.

Part 2: Reluctant Respect
This level, I think, has the most aspects to it, besides our currents one. It’s the stage that takes the longest to get through; and in some cases, can be even more grueling than those “Bumpy Beginnings”. Here, they’re kind of thrown together; yes, they are friends, but there’s still a certain amount of “dealing” going on. The first time I personally felt the relationship take a REAL turn, instead of merely dodging a bullet, was in the mercantile when Rosemary is trying to decide her path. Never would she EVER believe that a school teacher could give a famous actress such sound advice as to follow her heart, but she reluctantly admits that the educator taught her a lesson. But attitude wise, that’s pretty mild.

Take, for example, the writing of the wedding place cards. This scene is just a BIT more emotionally charged. Rosemary was getting on Elizabeth’s last nerve. By the way Elizabeth gruffed, “How about THIS one?” who knows how many labels she had written already?! And Elizabeth was just not living up to Rosemary’s standard of calligraphy. They still like each other…just not right now.

Elizabeth looked positively mortified when she found out the Coulters were moving right next door to her. All that boisterousness she had managed to endure, and now, it’s about to become part of her daily, and nightly, life. I don’t know which is worse: the handwriting exam, or the “paper thin walls” Rosemary feels the need to tear open so often; and so often, it’s when Elizabeth and Jack are having a moment. Yeah, I would have locked her my door too! I don’t know why she never did.

There are a million other examples, I know, but that would make for a pretty long blog. Let’s end with when Rosemary becomes a true Hope Valley woman through deeds, not just words. And she’s definitely reluctant! But I think Elizabeth, and everyone else for that matter, gains a deeper respect for this flamboyant woman who has dropped herself in their midst. You know what I’m talking about; when the almost-Mrs. Coulter gives up her first-class wedding to aid her fellow townspeople and the refugees by the river in First Aid treatment and nourishment. Not only did she act unselfishly for the sake of all those involved, she found out for herself that she had it in her, that she could act in someone else’s best interest, and not just her own. With that revelation, Rosemary becomes a true Hope Valley woman, and is therefore able to be on more friendly terms with all of them. But we’ll talk about that next Friday. 😊 This is Hooked Heartie, signing off. May your heart let your hope blossom! 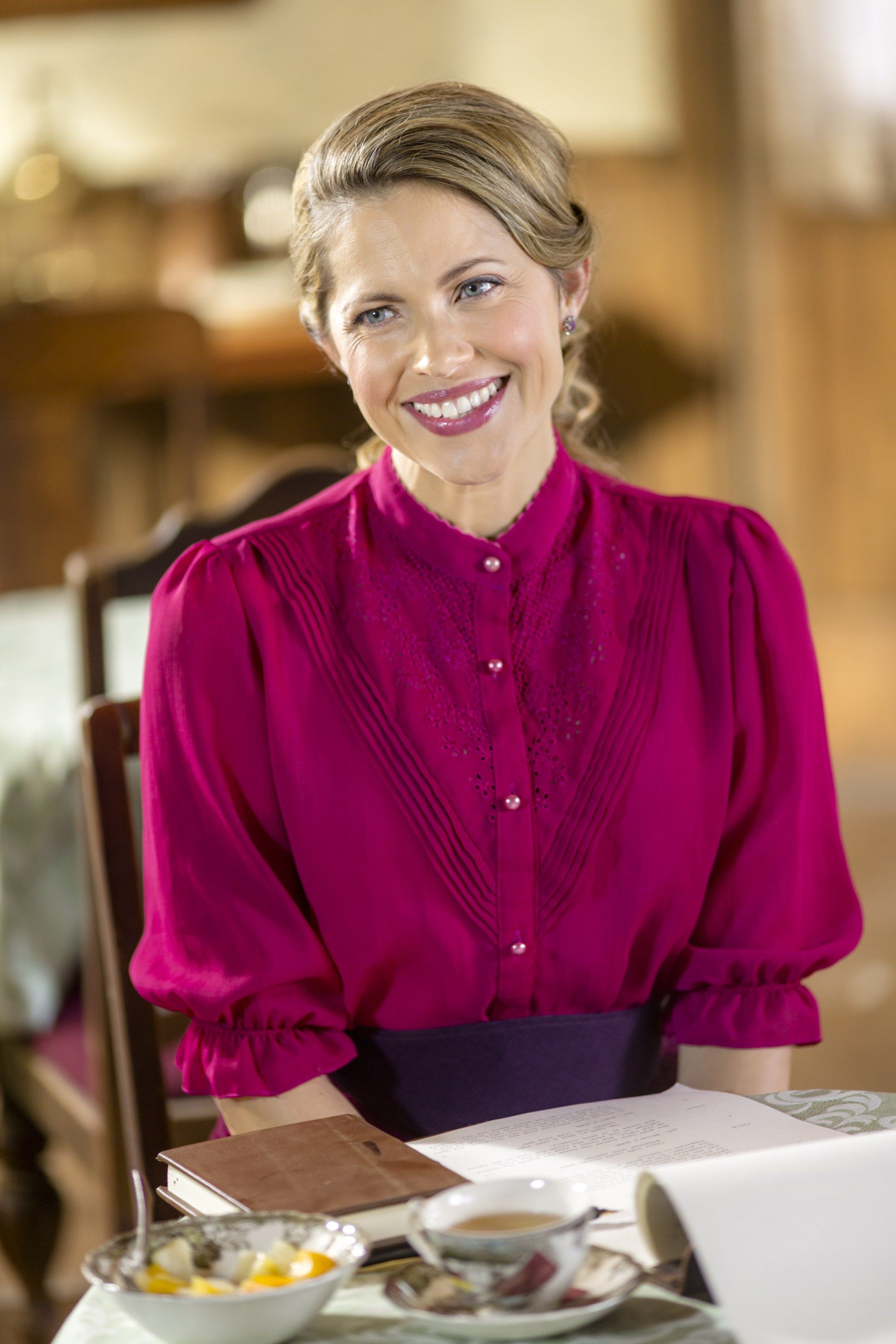