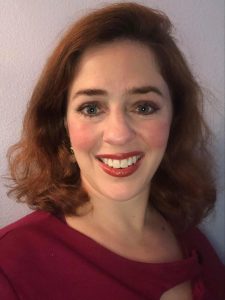 And here we are! Happy Friday! I don’t know what your different situations are, but down here in Texas, this is our last Friday, and therefore our last weekend, before school starts. Our district is doing all virtual the first three weeks; then we had the choice to keep it virtual, or go back. Well, for at least the first semester, we’ve decided to keep our girls at home to do virtual school. I’m probably a lunatic for making this decision, but at least my anxiety will be dampened down knowing they won’t pick up or bring anything home. And since we are currently living with my mother, I REALLY don’t want those germs invading our home. But, our living situation may be changing very soon. And that’s all I’m saying until something official happens. Stay tuned! 😉

Now, let’s talk about today’s #FriendshipFriday. Last week, we talked about Lee and Jack, so now we’re switching one character out. This relationship is more of a mentorship than your typical friendship, but I do love watching it develop. Lee could have gotten this guy into almost as much trouble as Jack got from his mom and Elizabeth…okay maybe not THAT much, but the male version in a workplace. Okay, bad analogy, but you get what I’m driving at. If you haven’t already guessed, I’m referring to Lee and Jesse.

Like many professional friendships, there’s a rocky start. Jesse, the guy trying to be a “former conman”, wants the drive down Easy Street instead of honestly working his way up, and he smooth talks poor Murphy into giving him an office job while Lee is away. Who doesn’t want to make a quick buck? Nobody wants to start at the bottom. But I gotta tell you, this underhanded scheming, and dragging Murphy into it, this put Jesse on my personal Naughty List. Luckily, Lee caught him red-handed, or should I say red-footed, with his feet up on the desk eating baked goods, and gives him a fate worse than firing: putting him on a logging crew. Even though it seems like the worst possible place to Jesse, it was such a smart move on Lee’s part. He started at the bottom, and he knew that would be the best possible place for Jesse to learn not only the business, but a few life lessons as well.

Nowhere to go but up, right? He did go up slightly, thanks to Rosemary’s flapping trap. Poor Lee didn’t stand a chance with no voice. But by then, Jesse had gotten his act together, so I actually agreed with the course of action. Rosemary just should have let Lee actually be the boss of the place. And he continued to climb. I was especially impressed when Jesse took what some would consider the coward’s way out. But it was the bravest course he could possibly take: asking Elizabeth for mathematics help. Knowledge is power, that’s for sure. That helped him climb higher, and it earned him a lot of respect from Lee.

There were little builders that popped up every so often, like Christmas when Lee got the Nutcracker tickets, and helped Jesse put together his jigsaw puzzle self for the event. Then we hit the two doozies. I must admit, the oil company threw me for a loop. Even though I can understand why he did it, I never would have imagined Michael Hickam to be the one to leave the sawmill. I thought for sure it would be Jesse. But I was wrong. Jesse stood by Lee, even when he had every reason to quit. Lee even expected it, but he stood firm. You can tell Lee means so much to Jesse. But I don’t think you get the full scope or depth of his feelings until Lee got hurt. That’s when it always catches up, isn’t it?

The look of horror, shock, and despair on Jesse’s face is enough to make you crumble. Then he looks at Rosemary, and the feelings triple. So it’s understandable, but very sad that Jesse thinks he can’t go close to Lee, even after he’s up and about again. And then, the crowning moment: the confession. “You’re like a brother to me Lee.”

The other thing we have to talk about is Lee’s reaction. I know he’s a good man, and Kavan plays him wonderfully; but I’m continually taken aback by what a kind, giving, humble person Lee is. It would have been perfectly acceptable for Lee to say, “It’s not your fault. Don’t blame yourself. There’s nothing to worry about now, I’m fine.” What does he do instead? He takes the blame on himself, saying Jesse was up on the mountain because of HIM. Then Lee returns the sentiment, cementing the bond between them. There was no better person living to stand next to Jesse on his wedding day; he’d watched him become a man!

And with that, I hope you have a nice weekend. Please continue to take care of yourselves, and each other. We all need that right now. And thank you for all of you who gave your vote on which logo I should use; I’ll have the choice next week. See you then! This is Hooked Heartie, signing off! May your heart let your hope blossom!