Happy Friyay, Hearties! How many of you still have a significant meaning tied to Friday? If you have a regular work week with weekends off, then Friday means a great deal. Or if your husband/significant other has a regular work week, (like my hubby, except he currently works from home,) Friday is important because it means you don’t have to do everything alone for the next two days. But for so many, Friday is another day with everyone at home that we have to try to keep the kids entertained while keeping up with laundry, cleaning, meals, and any other extra ventures we’ve taken on. So, if that’s you in any way, shape, form, or degree, I hope this can be a bright spot in your day, and make you smile.

So, we’ve finally come back around to our Friendship series. And for today’s #FriendshipFriday is about one of the most unlikely of pairs in this series. Can you guess which two? Here’s a clue: if we put together a lineup that didn’t include Elizabeth or Rosemary, (because we already know we NEVER would have put them together,) these two would be your last choices to step forward at the same time. And one of them just recently celebrated her birthday, so I thought the choice appropriate. 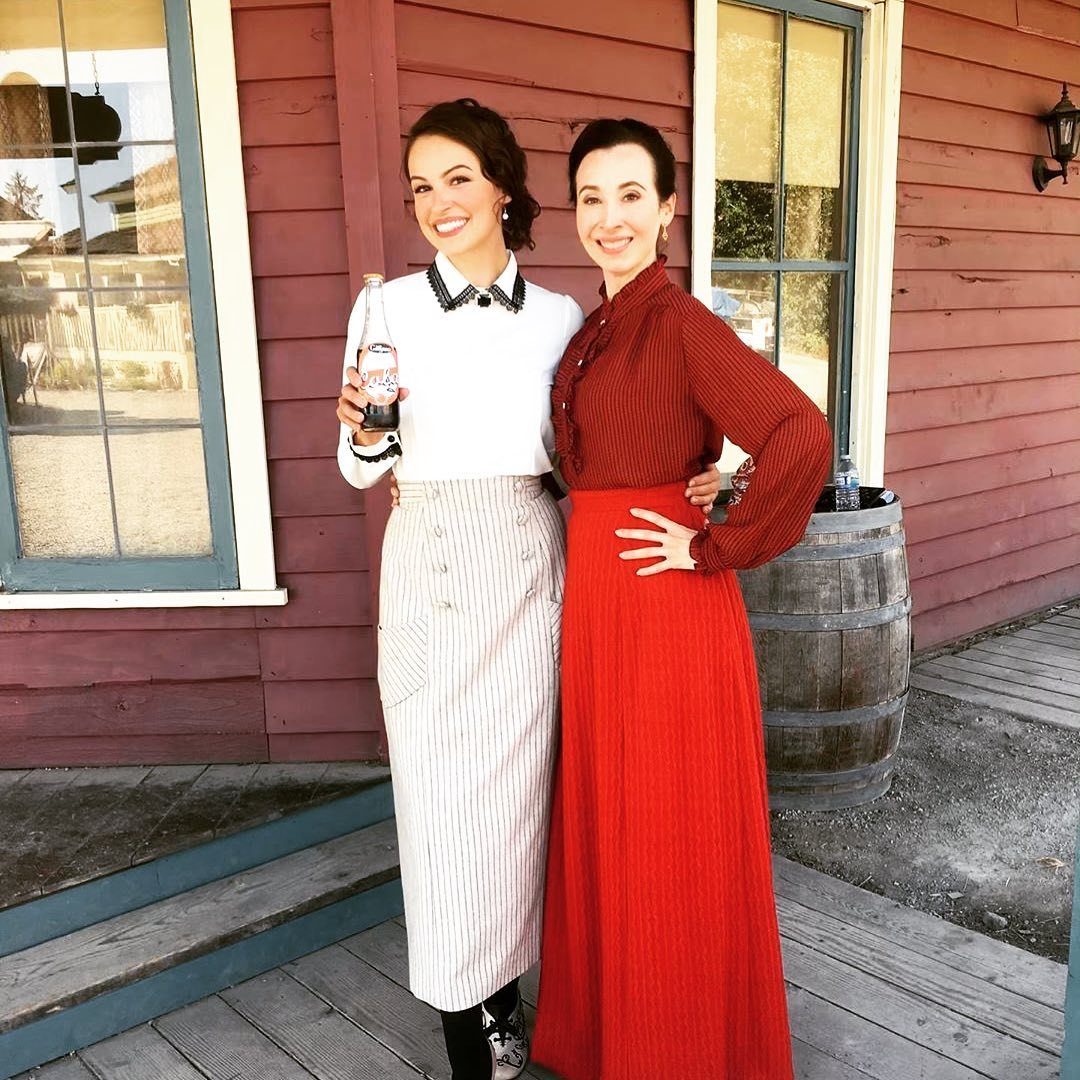 
The name-calling, eye-narrowing, clothing-tugging, prudish gossip of Hope Valley comes face to face with the ankle-showing, soda-drinking, fun-loving, stylish newcomer…and they form a bond that doesn’t include rope! How did THAT happen! We’ve seen several long-shot attachments come about, but this one comes from complete opposite ends of the scale. But I think that’s one of the reasons it grabbed me by the cheeks and made me watch it so intently – BECAUSE we thought a kinship between these two was so impossible.

One of the things I believe made this pair work is that Fiona never gave up on Florence. That, and she knew exactly how to push Florence’s buttons; not in a cruel way, but in just the right kind of nudging way that pulled Florence a little more into her ring. For instance, Fiona could have very easily just said, “Okay, bye! See you around town!” when Florence had no interest in that modern contraption the telephone. But instead, she wet the woman’s appetite for wagging tongues with neighbors ABOUT neighbors. Then she ended up with that very job!

Then she has a horrible struggle getting out of the gate with that job. There’s even a literal explosion involving tea and wire, a clear indication that Florence is not cut out for the professional world. After all, the only occupation she’s ever held is in her home; no modern technology allowed. That should have been it: the end of Florence’s career.
But, instead of showing Florence the door with a good swift kick, Fiona uses those feet to run after Florence. And instead of just slang words spouting out of her mouth, Fiona uses her modern lingo to insist that Florence try again, that she’ll fix the telephone, that Florence will be fine.

This is the most vulnerable we’ve ever seen the esteemed Mrs. Blakely. You might argue that she was just as emotionally exposed when Laura discovered the note from her husband, Paul. I agree that it made her teary-eyed and nostalgic, and that was the first time we see that kind of genuine emotion from her. But here, it’s different. Florence talks about her weaknesses, her incapabilities. She admits in an uncharacteristically humble attitude that she’s never had a job before. But Fiona and her easy-going persona don’t care about the past, only second chances, and moving forward. Florence said it herself: “You took a chance on me, Fiona.”

And because of that very act of determination, we got to witness one of the sweetest (early) Christmas gift exchanges in the history of When Calls the Heart. We see two unlikely friends building an already strong connection, one that causes tears at the mere thought of separation. I, for one, can’t wait to see where they go together in Season 8.

And that is where I leave you…with visions of Season 8 dancing in your head. 😉 I hope all of you are able to find friendship in some way during this very lonely time, whether in person, or through the blessing of OUR modern technology. Take care of yourselves, and be good to each other. This is Hooked Heartie, signing off. May your heart let your hope blossom.