Hello, hello! Phew! We’ve made it to Friday! Did you ever think we would? This is a particular Friday for me. Not only are we celebrating Jaiven’s birthday this week, TODAY is someone’s special day: my little girl! Problem is, she’s not so little anymore. She turned 9 this morning! Hard to believe! But it’s super fun that we both still love When Calls the Heart, and now she’s getting old enough to enjoy it for more reasons than just spotting horses and identifying colors. 😀 Happy birthday, Kyrah girl! 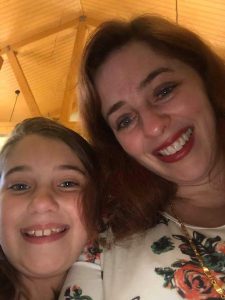 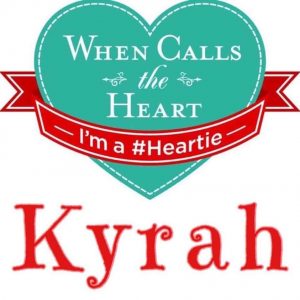 As you know, for the Friday of a WCTH actor’s birthday week, we look at his or her favorite moment in the form of a #FlashbackFriday. Well, we’re lucky! We got TWO favorite moments, and some backstory to the filming. Plus, I get to add in my own thoughts. 😉 So here are Jaiven’s words first.

Q: What is your favorite Robert moment? Why?
A: Oh I have a few…I’d have to say the fainting scene was super fun! I’ve never done anything like that, so it’s really cool. Paul is alsoSUPER fun to work with. And the bear scene was great!

Q: What scene/episode challenged you the most, either in a good way or a hard way?
A: I’d definitely say the bear scene in Season 4 was the most challenging. I actually worked with the director, Peter, to really get into my emotions; to feel the scene, and what I was trying to get the audience to see from Robert. He felt bad about lying and tricking his friends…and teacher.

Poor Robert, getting completely crushed by his conscience. Frankly, I don’t know why Opal was ignoring Miss Thatcher in the first place. So out of character! But it gave lots of people a chance to do something good.

That’s what I really loved about this storyline. Here are my thoughts. Not only did one of the school kids get a chance in the spotlight as a focus of the episode, but it affected so many people around him. Robert himself learned the importance of telling the truth, and how one choice can involve so many people; not to mention how to look ahead to the future. Elizabeth got the chance to prove her philosophy to Jack about children coming to their teacher, and Jack took the opportunity to trust Elizabeth and her methods. Most of all, Bill seized the moment to reach out to a child; something he hadn’t done much of up to that point. He became a mentor figure the kids can now come to, someone they can trust. Plus, all the adults were able to enjoy a good laugh at Robert’s terror at the prospect of being arrested. So look at all the good you did with a lie, Robert!

Well, that wraps it up! Happy birthday again, Jaiven! Much love from the Hearties. And my love to you all! I’m off to my daughter’s birthday dinner. This is Hooked Heartie, signing off! May your heart let your hope blossom! 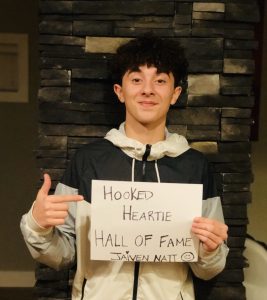