Hello, all you WCTH blog followers! Welcome to our very first #MeetYouMonday Bridal Edition! I am SO excited to explore the more romantic side of REAL life in this, the month of love and weddings.

Before I introduce our spotlighted Heartie for the week, how was everyone’s weekend? Did you watch “Marrying Mr. Darcy”? Did you watch “Unleashing Mr. Darcy” beforehand, and make a night of it? Not that I did, or anything…ahem! Did you attend church? Have a family outing? With summer closing in, plans are going to start taking off! It’ll be exciting to hear what all of you are up to.

Well, let’s get this thing started, shall we? Our first brave Heartie to enter Kami’s June Romance Interrogation is Lizzy Wittig. She’s been married a whopping 8 months! 😀 Be prepared to join in a collective sigh when you hear who her husband is! I sure did! Take it away, Lizzy! And I may or may not have added in some commentary. 😉

Thank you SO MUCH, Lizzy! Congratulations on your marriage, and may you have many, MANY happy years together! If he likes to watch WCTH, I’d say the odds are ever in your favor! Oops! Wrong series! And you married your high school sweetheart! I used to fantasize about that happening to me when I was in high school. You’ll have so many amazing stories to tell future generations!

Well, Hearties, I must fly. I hope you enjoyed our first post of Hooked Heartie: Bridal Edition. Tune in on Wednesday for chitchat about “Marrying Mr. Darcy”. Hooked Heartie, signing off! 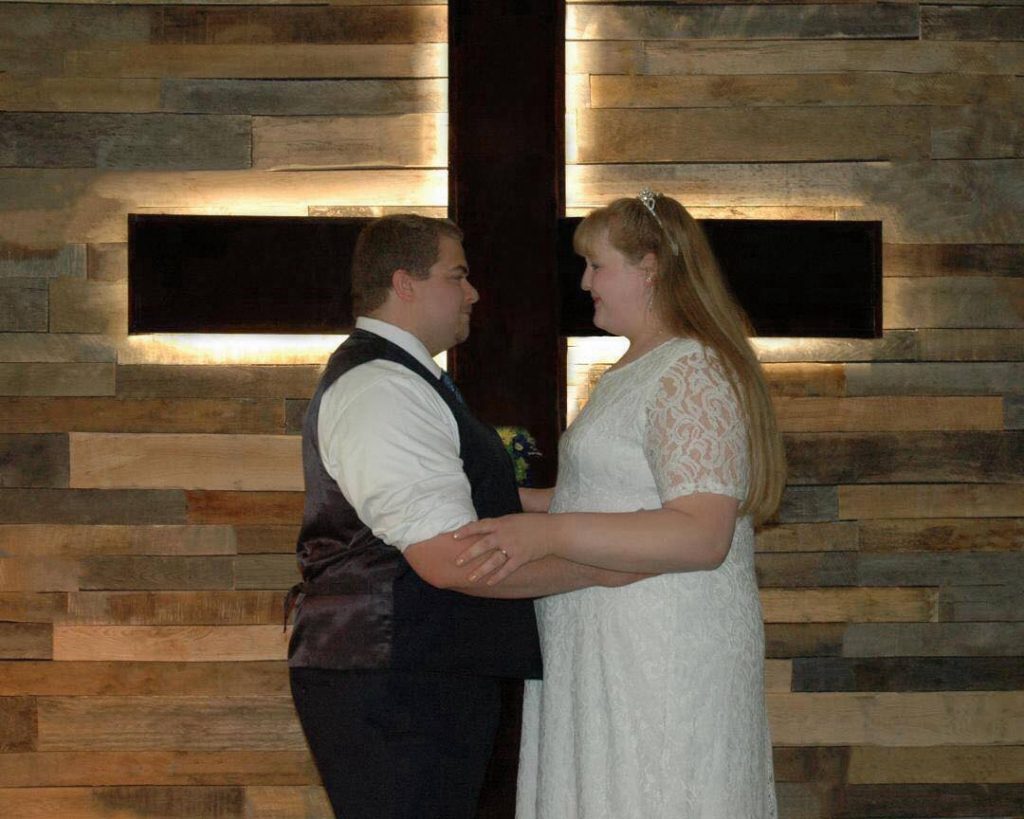 Happy June, Hearties! How are you??? I had a big milestone happen to me today: my oldest graduated from 1st grade! Ah!!! So now, we’re diving head first into summer!

Speaking of which, I am SO excited for this month! If you read Wednesday’s post, you know I’m wanting to move forward with the blog. So if you haven’t done so, please read Wednesday’s blog, and send me your feedback.

Now for the exciting part! This month is my first fully-themed month. I know that doesn’t sound like the adrenaline should be racing, but it’s my next big step, so that had me pretty happy! Since it’s June…you guessed it! We’re having a wedding theme! Every Monday we’ll meet a different bride and/or groom, in all different walks of life; every Wednesday we’ll review one of the four brand new June Wedding original movies, (all four of them have WCTH actors in them!). Fridays will bring something a little different. What is it? Well, what else is the month of June famous for? Father’s Day, of course! For each #FlashbackFriday this month, we will explore a different fatherly moment.

And that brings me to today. I thought I’d start with a bang: Elizabeth and HER father, the morning of her wedding. I have a huge soft spot for this scene! One small detail I adore is that she calls him “Father”. Not only does it demonstrate the more refined language of the 1900’s, it shows the wealthy formality in which she grew up. But she says the word with such affection, that it’s obvious there was love in the home, despite the fact that he was a busy “shipping tycoon”.

Giving her the circlet to wear is obviously something the mother should do, but they handle it with such grace! Mr. Thatcher talks about how his wife wore that simple yet beautiful adornment on their wedding day, then can’t help himself but to say how much of her he sees in Elizabeth. She tells him how much that means to her, but I think how much that means to so many of us when we get married. Most of us are striving to be like our mothers or mother figures, and hearing those words are the highest praise.

There are two moments that are my favorite; it’s really hard to pick between them. The first is when Father tells Elizabeth not to be nervous because she’s marrying a good man who is devoted to her. You can see her look so relieved, as if the burden of her world’s society has finally been lifted from her shoulders, once and for all. Few things give Daddy’s little girl greater satisfaction than their pride and approval.

And speaking of Daddy’s little girl, that’s the other moment I love: him reliving her childhood in his head. I love the fond look in his eyes as he reminisces about holding her in his arms, and I love the nostalgia in HER eyes as she cuddled up to him. But the best part of this moment is what happens right before the hug: her words. She says she will always be his little girl. So often, so many daughters are in such a hurry to get out of the house and be independent, that they are very quick to remind their parents of their advanced age. But even though Elizabeth is very independent, especially by this time, it’s obvious she has not left her family behind in her mind, or her heart.

Have a lovely weekend, all! See you Monday for our first bridal #MeetYouMonday of the month! And don’t miss “Marrying Mr. Darcy”, (sequel to “Unleashing Mr. Darcy”,) that stars Cindy Busby, who guest starred as Marliese, Carson’s vengeful sister-in-law. Something tells me she’ll be much sweeter in this role. Toot-a-loo!

Good morning, Hearties! Happy Memorial Day to all of us in the U.S.A! I hope you are doing something fun with the day, and taking time to remember those that gave their lives for us, in all our countries.

As it is Memorial Day, I wanted to do something special. Memorial Day is a day to remember our fallen warriors. Since I cannot spotlight any of them, I thought the next best thing would be to get to know a Heartie currently or formerly in the military; and I also missed Veterans’ Day in 2017 because I started the blog the week of Thanksgiving. In my search for the right candidate, I found a remarkable story of not 1, but 2! Two sisters, both in the military! And what a story they had to tell! But I will let them say it to you themselves, in their own words. Introducing Laura Driessen and Sami Lynn Miller!

Thank you, SO MUCH, ladies!  It was wonderful to hear your stories, and we are all deeply grateful for your service.  Well, everyone, time for me to push off.  Have a fabulous rest of your holiday weekend, and please remember to give a thought to those who gave the ultimate sacrifice to enable us to enjoy our freedoms.  See you Wednesday! (I’m getting the hang of this four-children thing now! 😉 ) So long!

Happy Monday, Hearties! Hopefully that’s not just optimistic thinking, and you truly ARE having a good day! How was the weekend? I saw several pictures and posts telling about Hearties’ experiences watching the blessed event, so I’m assuming many of you tuned in. I watched most of it, and I also turned on a lot of the Royal Movie Marathon, so that was fun.

I thought, since the wedding just happened Saturday, it might be fun keeping with the “Princess Theme.” So for today’s #MeetYouMonday, I chose to interview MY own personal princess: my oldest daughter, Kyrah, (pronounced but NOT named after Keira Knightley). She’s a 7-year-old 1st grader, and a riot, and she LOVES “When Calls the Heart”. I’ll let her say the rest for herself.

I hope some childlike innocence could brighten your day! I’ve got more royal plans for Wednesday, so I order you to return! As for now, to quote another princess, (Audrey Hepburn in “Roman Holiday”), “You have my permission to withdraw…” After you watch this video of Kyrah’s Emmy worthy performance.

Good morning, Hearties!  Look at me, getting the blog out in the morning, for a change!  I want to just take a moment, and express my heartfelt thanks for all of you who sent prayers and well wishes my way.  So many of you sent kind words on the main fan page that the admins had to turn of the comments.  That’s never happened to me before, and I was feeling the Heartie love.  As you can probably guess, the surgery went off without a hitch.  I’m home, I’m healing, and it shouldn’t be too long before I’m fully recovered.  So to all of you: your prayers have been felt, and I send you my deepest thanks

Now then!  Enough of all that sentimental junk!  Wait a minute, that’s the REASON we watch this show, and have this blog! 😀  For today’s #MeetYouMonday, I want to introduce you to a very special lady.  Once again, I’ve never met her in person, but I still feel like I know her.  We’ve had lots of conversations away from the fan page, and she has a heart of gold!  She’s also very enthusiastic about the fan fiction I’ve published, and she actually thinks I’m funny!  She’s very forbearing! 😉  May I present Sarah Vrieze! 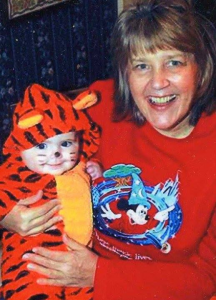 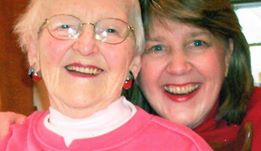