Welcome to October, and welcome to Hooked Heartie’s Mystery Month. Sorry I’m a day late: crazy home life happenings. But this way, I get to do a very special job! I get to wish a very happy birthday to our two wonderful formers. Today, it’s for Jack Wagner, Hope Valley’s former sheriff. Happy birthday, Jack! Tomorrow, it’s Daniel Lissing, our former Mountie. Happy birthday, Dan! We #Hearties hope both of you have fabulous days! 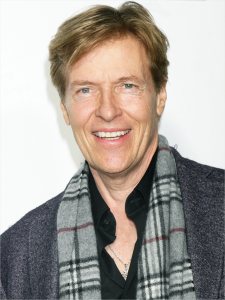 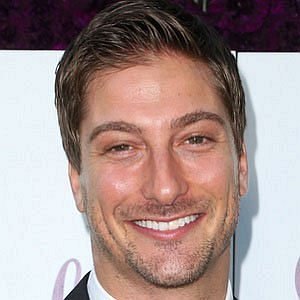 This month, not only will I be covering “thriller” films from Hallmark Movies and Mysteries, I will also throw in some mystery guest guessing games…to give the blog that real “Halloween feel”. 😉 Now be forewarned, since Hallmark’s #FallHarvest is coming up, I reserve the right to throw in one of those movies if it seems right. I hope one of them involves Halloween somehow; that always makes them fun!

So, to start us off, we’re running with “Witness to Murder: A Darrow Mystery”. This is now the fourth installment of these all-in-the-family lawyer dramas. I don’t know about you, but I’m loving these! If I could only use one word to describe this whole series, it would be this: banter. Tom Cavanaugh and Kimberly Williams-Paisley are the king and queen of witty words; and yes, I’m including other television and blockbuster movies. I’ve seen great chemistry, and I’ve seen quick exchanges, but these two have a knack for combining both in a way that is unsurpassed. Of course the writers deserve a lot of credit, and then the actors take those written words, and are as smooth as honey in their delivery. One of my only complaints about this movie is that Claire and Miles spend a lot of time apart, so we don’t get as much of the back-and-forth that we do in the previous three.

Something else I will admit to enjoying is that both lead characters are competent professionals; being around crime scenes, and interviewing suspects or witnesses is what they’re supposed to be doing. While some of the dialogue between the cop and amateur sleuth is extremely entertaining in our other mysteries, it’s kind of nice to not listen to a quarter of the script involving one chasing the other away. They’re very much on the same level in the playing field. It makes for a nice change of pace.

Speaking of playing, who are all our WCTH players? Well, we have Lilah Fitzgerald, (Jolene) who stars in all of these as Clare’s (Kimberly’s) highly intelligent daughter, Lou. But then we have several newcomers. There’s Michelle Harrison, staying on the right side of the law in both shows. In WCTH, she plays prosecutor Georgia Pardell; and in D&D, she is Lieutenant Lang, better known as Miles’s ex. 🙂 There’s the ever-present Jill Morrison, (Carla in WCTH) who we can’t get enough of; and fortunately, neither can Hallmark casting directors, because she keeps popping up. She plays Gail Reed, extremely flirtatious turned vindictive ex-girlfriend. And of course, we have everyone’s favorite bad guy, Martin Cummins (Gowen) as the snake of an executive, Brian Herriman.

He’s not from WCTH, but here’s a fun bit of trivia about Barclay Hope. He plays Raymond, the father-figure of the office, and the one I think keeps Claire grounded. He’s the only one to whom Claire could declare “You’re fired!”, (which she does!), and have him laugh at her without a second thought. If you’ve seen the 2003 ABC Family movie “Lucky 7”, Kimberly once again plays a lawyer, but this time, Barclay plays her boss. Fun turn of events. There are also several of WCTH actors in it: Adrian Hough, Jennifer Copping, Lochlyn Munro, and Michelle Harrison again. 🙂

Back to the film itself, let’s talk about Martin for a minute. No surprise that he got cast as the greedy, conniving, backstabbing villain; he plays that type so well. But I thought since he’s the obvious choice for the face of the murderer, they might write him in as the too-obvious suspect, but have him turn out to be innocent. SPOILER ALERT! He’s not. He is the culprit, and Claire exposes him. Paying someone to shoot him in the shoulder to take suspicion off him, and simultaneously killing off his “pesky” paralegal was devious and clever! Going after the shooter himself to silence him, thus turning on him and his sister was downright devilish…and it led him to his downfall.

One good thing about Martin’s evil character is that I learned something from him. When he said Cassie, (the woman suspected of shooting him,) took off “like Dale Earnhardt,” I had absolutely no idea who he was talking about. So I did a little research. Turns out that not only is he a race car driver, his son, Dale Earnhardt Jr., is also a racer. You learn something new everyday, even from Hallmark movies.

I want to take a quick moment to mention the music. Music is an interesting concept in movies. It’s supposed to set the mood, so you usually notice it if it’s poorly done. I’m a musician though, and I’m trying to make more of an effort to concentrate on a film’s score, because I don’t always. This was not the case here. I had to go back to the opening credits, and find out the composer’s name because I was so impressed. His name is Terry Frewer, and he has created the score for 99 films! Apparently Hallmark is very pleased with his work, because most of his credits are for one of the two channels, including LOTS of mysteries. His use of the piano in the beginning is such a stimulating pairing with the gunshots! But I first noticed it in the middle, when the figure in black, (who we find out is Tammy’s brother) hides a burner phone behind a couch cushion in Cassie hotel room. The flute is downright haunting, and the flute is usually such a light and gleeful instrument. But this time, I was on the edge of my seat when I heard it. Well done, Mr. Frewer!

Final subject: my very favorite part. Call me cliché, but it was the first kiss. This is actually the very first smooch the two characters have ever shared. It took them three and a half movies to lead up to it. Not as long as Oliver and Shane in Signed, Sealed, Delivered, but that was uncommonly lengthy. 😀 One of the best things about it was how the events of the film led up to it. First, Miles’s ex-girlfriend shows up as the lead detective on the murder case, causing a slight twinge to come over Claire. Then Miles gets assigned to prosecute the case Claire is defending, so Miles initiates a motion to “press pause” in their far-too-casual (because he’s so patient, and she’s so slow) “thing” they seem to have.

After Miles questions Lieutenant Lang, and helps her down from the witness stand, Claire breaks her pencil…literally! Apparently her green eye has taken all it can. So thanks to her jealousy, and some wise words from Mom about building a “firewall”, she pulls him into the conference room, and after a few flustered words, lays one on his very dazed, very astonished face! The exchange is brilliant!

BOOM! He grabs her in his arms, and lands one on HER, something he’s wanted to do since way before the first movie. Of course since they’re in the middle of a case, they have to inform the judge and their clients, which they do very coyly. 😉 Finally, everyone can BREATHE! And hopefully, we get another movie, in which we see them progressing along in a happy, comfortable relationship.

Well, that’s it for me. Thanks again for your patience. I’ll be back on Monday with a podcast from When Hope Calls, and our first mystery guest. Enjoy WHC’s brand new episode tomorrow! This is Hooked Heartie, signing off! May your heart let your hope blossom!

This site uses Akismet to reduce spam. Learn how your comment data is processed.